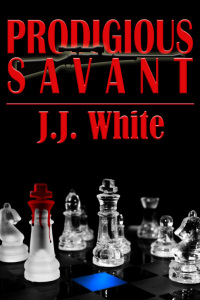 Gavin Weaver’s brain injury leaves him with unexpected abilities that at first bring celebrity and money, yet it’s slowly revealed that the gifts have a dark side. Readers get caught up in Gavin’s gifts, both wanted and unwanted. The plot is intricate and lightning fast, though a late plot point seems too convenient. Despite that, I enjoyed the ending twist and thought it the perfect ending. Good read by a talented writer.

What would you do if one minute you were a normal teenager and the next you had enhanced abilities? What would you do if you were a potential baseball star and then you were not? What happens to one young teen will give you chills, make you question the medical profession and think twice before undergoing any surgery. The year is 1962 and Kennedy is President. Two young teens are caught in the crossfire of a terrible explosion. One lives but his life will never be the same the other does not. Gavin Weaver loved sports and was going to try out for the major leagues or at least his parents hoped that was in his future. But, fate steps in; Gavin needs serious brain surgery and remains in a coma for thirty days. But, Gavin will no longer be the same teen when he wakes up as his brain was rewired you might say and his abilities enhanced turning him into a Prodigious Savant. No longer interested in sports he can read three books in an hour, reproduce any painting better than the masters, has the ability to play any classical piece after hearing it once, his memory is sharp and his mathematical skills far surpasses any well know mathematician of any day and age. But, Gavin’s brain never really goes back to normal and as the reader gets to know him better you realize that there are serious signs that he might be suffering some lasting effects of not only the explosion but whatever was done to him during the operation. Gavin’s friend Steve Simpson dies and another Dennis does not survive the explosion. Imagine the devastation from this explosion that the area where it occurred and the crater it formed became a permanent tourist attraction.
Gavin recovers slowly and suddenly realizes that things are different and colors are now playing an important part in his life. Dr. Adams performed the surgery and Gavin’s need to understand what happened and keep things in a perfect line or order is the first link to letting readers know that Gavin has OCD. However, there is a second doctor, named Weir who is more than just interested in his abilities and learns that this young savant has mastered not only speed reading, math, painting and classical piano but chess as well. Dubbed the “Whiz Kid,” he is almost paraded around like some type of trophy or child star. Gavin becomes obsessed with many things and one is his girlfriend Sharon. Judy his sister begins to see his violent side and poor Sharon suffers first hand.

“Savants are people who despite serious mental or physical disability have quite remarkable, and sometimes spectacular, talents. This is an exceedingly rare phenomena, although there are several well-documented cases (see Sacks, 1986; 1995; Treffert, 1989), and recently the Academy Award winning movie Rain Man has led to the term savant being much more widely known. Savant syndrome is perhaps one of the most fascinating phenomena in the study of human differences and cognitive psychology. It is often claimed that, because of the extraordinary abilities involved, we will never truly understand human memory and cognition until we understand the savant.” http://www.psy.dmu.ac.uk/drhiles/Savant%20Syndrome.htm

Savant syndrome is rare and those with this condition like Gavin have a broad spectrum of abilities and their brilliance stands out in contrast to other mental illnesses or their overall disability. Some like Gavin might acquire this following a CNS injury or disease. Skills like with Gavin appearing out of nowhere or suddenly and in some cases can suddenly disappear. There are three categories: Splinter Skills, Talented Savants and as with Gavin: Prodigious Savants which involves a much “rarer form of the condition where the ability or brilliance is not only spectacular in contrast to the disability but would be spectacular even if viewed in a non-disabled person.” There has been estimated that there may be less than 100 cases reported in the world literature in the past 100 years.

Gavin was enterprising and used his newfound skills to his advantage. Thinking that Sharon, the girl of his dreams would understand his transgressions with Carol and other odd behaviors proved wrong. Finding himself in competitions that others would shy away from and in situations that most would never entertain, Gavin explored his ability to read three books in an hour, play in concerts and even entertain the greatest chess masters in competitions beating them with ease. The interview on the Today Show and one on What’s My Line were just the start. Memorial Auditorium in Burlington was the first of many venues that he showed off his musical skills. But, Gavin might be smart, genius and astute but not streetwise enough to realize that he was being followed and that something was wrong with him and needed to be addressed. Harry Meader would profit from killing Gavin but who hired him and why? Finding his way to Gavin’s home and killing his father the first step in his plan. But, his father was mean, unfeeling and wanted to orchestrate and conduct Gavin’s life the same way a conductor would conduct a symphony orchestra with perfect precision.

Young women that he encountered, young girls that he felt were expendable, leaving bodies in his wake and thinking it was okay. The police hot on his tail and evidence and videos showing his guilt, why didn’t Gavin seem to be worried or even care? Trying to contact Sharon was a waste. Trying to see her would make things worse. Thinking that she should forgive him and go along with his ways not going to happen. Gavin became something that he was not before gaining these talents: Self-absorbed, unfeeling, untouchable and mean. Gavin just wanted to win and be the best as the author takes him to Russia and Moscow to compete in the World’s Chess Championship and meet Khrushchev. The interaction between him and Khrushchev is quite enlightening and the end result will surprise readers. Greeted by a young woman assigned to him named Katerina whose job it was to distract him and cause him to lose the competition, what happens will alert readers that the author inserted some twists, surprises and events that you won’t expect. Added in Gavin began to have trouble seeing colors which would guide his movements during a chess tournament, help him play a difficult classical piece of music or even show him where to sketch and create a painting. Gavin had no idea of the real purpose of what happened to him until it is too late. When things fall apart and he is once under the knife of Dr. Adams and Dr. Weir which one will betray him? Which one has another agenda in mind? What experiments are being done to create more people like Gavin? Who is Dr. Weir and how does this all link to a highly volatile time in the past?
An ending that will definitely surprise readers and Gavin life is now in the hands of two men each having cross-purposes. Who lives? Who is next? What happens if they succeed? Prodigious Savant: What talent would you want if you could pick one? A final line. A final paragraph and an author that might let readers know that there is more to come for Gavin and others.

While JFK occupies the White House, in Burlington, Vermont, high school friends Steve Simpson and Gavin Weaver chat by the nearby I89 construction site. Steve fires at what he assumes is a skunk; but seemingly minor events started by an errant toss of a banana peel before his shot leads to a massive explosion. Steve is decapitated, Gavin suffers a head injury and Dennis Daley far from the explosion dies from falling debris. The crater becomes the most popular tourist attraction in the state.

Dr. Adams performs emergency surgery on Gavin. After weeks in a coma, Gavin begins to recognize visitors through color patterns before finally awakening. Gavin’s knowledge of the previous few days surprises Adams; as does his obsessive need to bring order to things. Brain trauma expert Dr. Weir tests Gavin and concludes the teen is a unique high-functioning savant with expertise at chess, speed reading, math, copying classic paintings and playing the piano like a maestro. However, while Gavin becomes the media darling “Whiz Kid”, he also struggles with a violent side as his sister Judy and his new girlfriend Sharon Bennett learn first-hand.

This is an enthralling 1960s medical thriller in which J.J. White deftly uses real events (for instance, the interstate highway construction) and societal acceptable norms (i.e., Dr. Adams smoking in Gavin’s hospital room) to set the era. Gavin’s adjustment struggles make for a taut character-driven drama though the edginess somewhat abates late in the plot when Prodigious Savant veers towards a more typical suspense; even with magnificent late Texas and WWII spins. This is an enjoyable read.

From the beginning to the last word, JJ White has you glued to the couch. You seriously have no idea what is going to happen next, but you have to find out or go mad. I knew savants were exceptionally smart people, but I did not know about the dark side. WOW! More!!! I heard White has two more coming out soon. I cannot wait!!

and has a good plot. I didn’t want to stop reading it

I just finished reading Prodigious Savant by J.J. White, and I have to say that this book is well written, and has a good plot. I didn’t want to stop reading it. That’s how good it was. In the beginning chapter I liked how he started it and from there it pulled me on into the book. I recommend this book and I gave it a five star because it was that good.
Pattimari Sheets Cacciolfi, Therapist and Author of Frozen Time