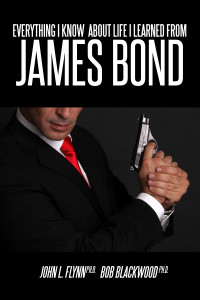 Everything I Know About Life I Learned From James Bond – The ultimate Bond guide! If you want to know all the little details on the making of the Bond movies—the villains, the Bonds or his girls—this is the book to have on your coffee table. After reading it, you will want to watch every movie from Dr. No to the one just coming out, Spectre, just so you can pick out the facts.

It is addicting…and each Bond has been so hot!

Who has not heard the words, “Bond, James Bond” or “Martini shaken, not stirred”? Most of world knows of James Bond and/or has seen one or all of his movies. Some of us are addicted; men mimic him and women dream of being a ‘Bond girl.’  From Sean Connery to Daniel Craig, each one has given us thrills and glimpses of the secret world of spies. Saving us all from certain doom dished-out by fiends such as Blofeld or Goldfinger, and just recently Silva, Bond risks all and still gets the girl(s). We line-up at the theatres to see him larger-than-life, hanging on his every word and gesture. 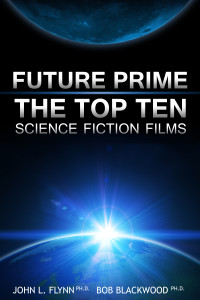 At the start of the new millennium, fans who attended science fiction conventions persuaded Flynn and Blackwood—aka “The Film Doctors”—to conduct a survey of the Top Ten Science Films of the 20th Century.  They then embarked on a ten-year odyssey to gather thousands of fan votes. The result: a list of science fiction films that probably contains at least one of your favorites.

Each film was considered from its inception, to the pre-production period, through production and finally the audience’s reaction, reviews, critical responses and interviews with directors, producers and stars of the movies.

An educational enlightening of the motion picture industry, it shows that it truly all starts with a thought, a vision, which when fed, honed and supported becomes “where no man has gone before.”

There are several more Future Prime books in the works. They have already conducted the poll for the top ten horror films and are composing the manuscript at this time.

John L. Flynn, Ph.D. and Bob Blackwood, Ph.D. have done years of research, enjoying every millisecond. Both have decades of literary and publishing experience and vast knowledge of the cinema. An avid collector, Flynn has a comprehensive cache of memorabilia for all the films in both books.

Flynn’s latest works include: Kate Dawson thriller series: Intimate Bondage, (BelleBooks., 2013), and Intimate Disclosure (2015), Intimate Denial (2016) and Intimate Affairs (2016), the next three in the series, are being published by Cactus Moon Publications. Flynn currently writing the biography of Angelique Pettyjohn, a dear friend during the last ten years of her life.  An actress, Las Vegas showgirl and Star Trek siren. Pettyjohn was also mother to Elvis Presley, Jr., Elvis’ son, who was recently granted permission by a federal court to use the name proven through DNA that Angelique was his mother and Elvis was his father.