Jennifer Johnson is a finalist in the Author Academy Awards! 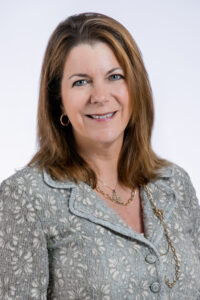 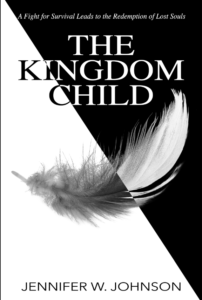 Fourteen-year-old Jordan Allen learned the power of prayer is not always getting what you want but accepting the answer you receive. Growing up in a strong Christian home, he knew God had a plan for his life, he just did not know if playing professional sports was what He had in mind. Each night, he would ask God ‘to help him be all that he needed to be,’ hoping his prayer would reveal God’s plan.

Several months later, Jordan’s prayer was answered, but not in the way he expected.

After being diagnosed with a fatal brain tumor, Jordan discovered his purpose would be revealed while battling for his life. In and out of a coma, Jordan was given the gift of seeing both the physical world and the spiritual world as one. He learned it’s not a physical death we should fear but spiritual death, even among those claiming to be Christian. 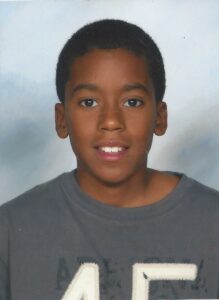 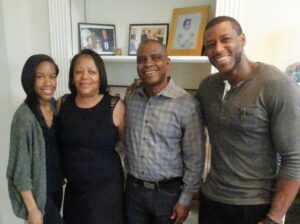 Jordan Allen and his family: Paige, Rosalyn, Sam, and Bear

The Kingdom Child will prompt each reader to look at the authenticity of their own faith through personal discovery of the path they’re on. We are either on a pathway to life or the pathway to death, and only a Kingdom Child can distinguish the difference. Houston Chronicle story 2011 The Kingdom Child endorsements and reviews

Johnson’s passion is writing. She graduated from Miami University in Oxford, Ohio with a degree in Broadcast Journalism. Her first book, What Have You Done for Me Lately? (2008), discusses God’s presence in corporate America. She is currently working on her third, Perfect Timing, based on the lives of four elderly people who meet in a nursing home. She is donating all proceeds from The Kingdom Child to the Allen family. Extremely honorable.