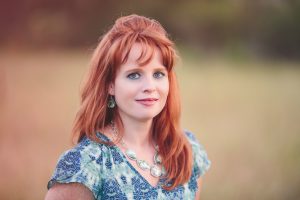 Amanda McEwen Matti is an Iraq War veteran and served as an Intelligence Analyst in the U.S. Navy. Following her 2005 deployment to Baghdad, Amanda assisted her Iraqi translator, Fadi, (now her husband) in escaping Iraq after receiving multiple death threats from Al-Qaeda for his service to U.S. forces. Since then, Amanda has been helping Iraqis and Afghans who worked for American forces seek refuge in the U.S. and navigate the complicated resettlement process. After the fall of Afghanistan in August of last year, Amanda leveraged her experience in military intelligence and refugee resettlement to assist in the launch of the Evacuate Our Allies (EOA) Operations Center in downtown Los Angeles, a 24/7 international call center that aided U.S. Citizens and Afghan allies in evacuating the country following the Taliban takeover. Today, the EOA Ops Center is an official department within the Human Rights First organization in New York City and works in partnership with the U.S. State Department. Amanda continues to oversee the information sharing relationship between the EOA Ops Center and the State Department to assist in the safe relocation of U.S. allies still trapped in Afghanistan. Amanda holds a bachelor’s degree in International Relations and is the author of three books, including A Foreign Affair, a memoir of her experiences in Iraq and the fight to be reunited with the love of her life. She and her husband, Fadi, live in San Diego with their two daughters.

Voicing the Eagle tells Fadi’s story of serving as a local translator for U.S. Military and Government forces in Iraq from 2003 to 2009. Published by Open Road Media. Represented by Loiacono Literary Agency.  Amanda Matti 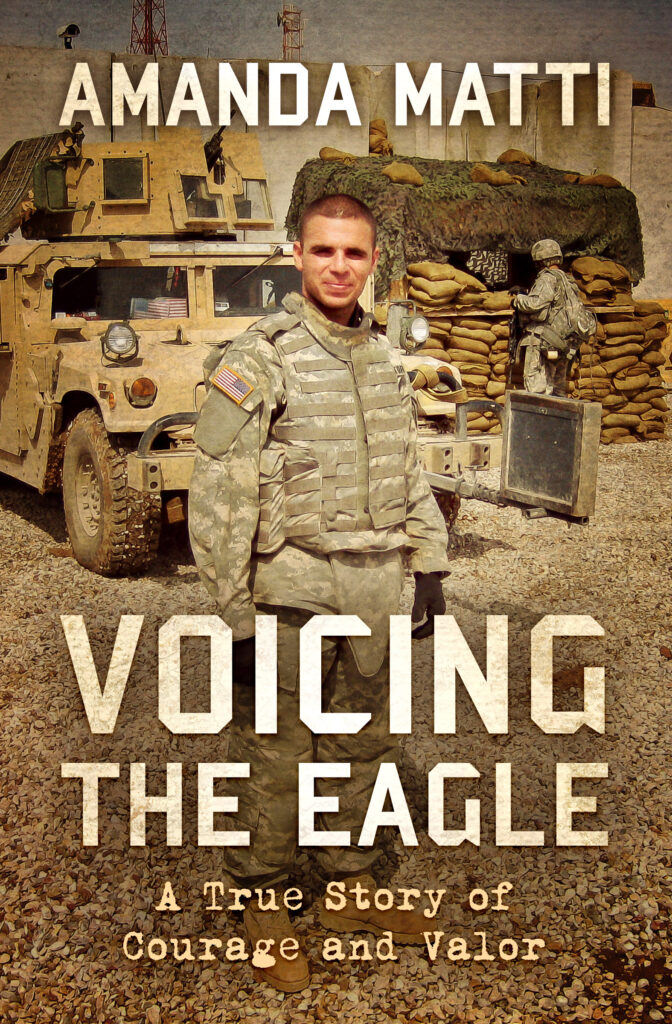 A young Iraqi shares the true story of his wartime experiences after he was recruited by the US Army as an interpreter.

Fahdi was a twenty-one-year-old, upper-middle class, English-speaking student at Baghdad University when he was recruited right off the street to serve as an interpreter for a US Army unit just days after the fall of Saddam Hussein’s regime. Over the next two years, Fahdi would go on to translate for US drill sergeants training new Iraqi Army recruits in Ramadi; serve alongside US Marines during the first Battle of Fallujah; and eventually land a position as a linguist with Iraq’s newly formed national intelligence agency in Baghdad.

Along the way, he suffered combat injuries, faced the challenges of integrating with American soldiers in US camps, was hunted by local insurgency groups for assisting the “infidels”—and eventually fell in love with an American service member. As told to that service member—now his wife and the author of her own memoir, A Foreign Affair—this is a unique firsthand perspective on one of the United States’ most controversial foreign conflicts.

Voicing the Eagle is an eye-opener! I am so glad Amanda Matti wrote the prequel to A Foreign Affair. Now we know what happened to Fahdi before they met. More people should know what life was and is really like in Iraq. Most think terrible things about those in the Middle East when they are just like the rest of us with dreams and goals, love their children, want to have the freedom to education and religion, career aspirations, and PEACE. Fahdi is such a brave man on so many levels, and a great husband and father. We get to hear in his own words about the trials, hardships, being shot, and how he helped his country and the United States as a translator. Well written and real page-turner.

Loiacono Literary Agency is not responsible for the scheduling of authors, negotiations, or fees associated with the speaking engagements. You may contact the author directly to check availability@ mandymatti@gmail.com .