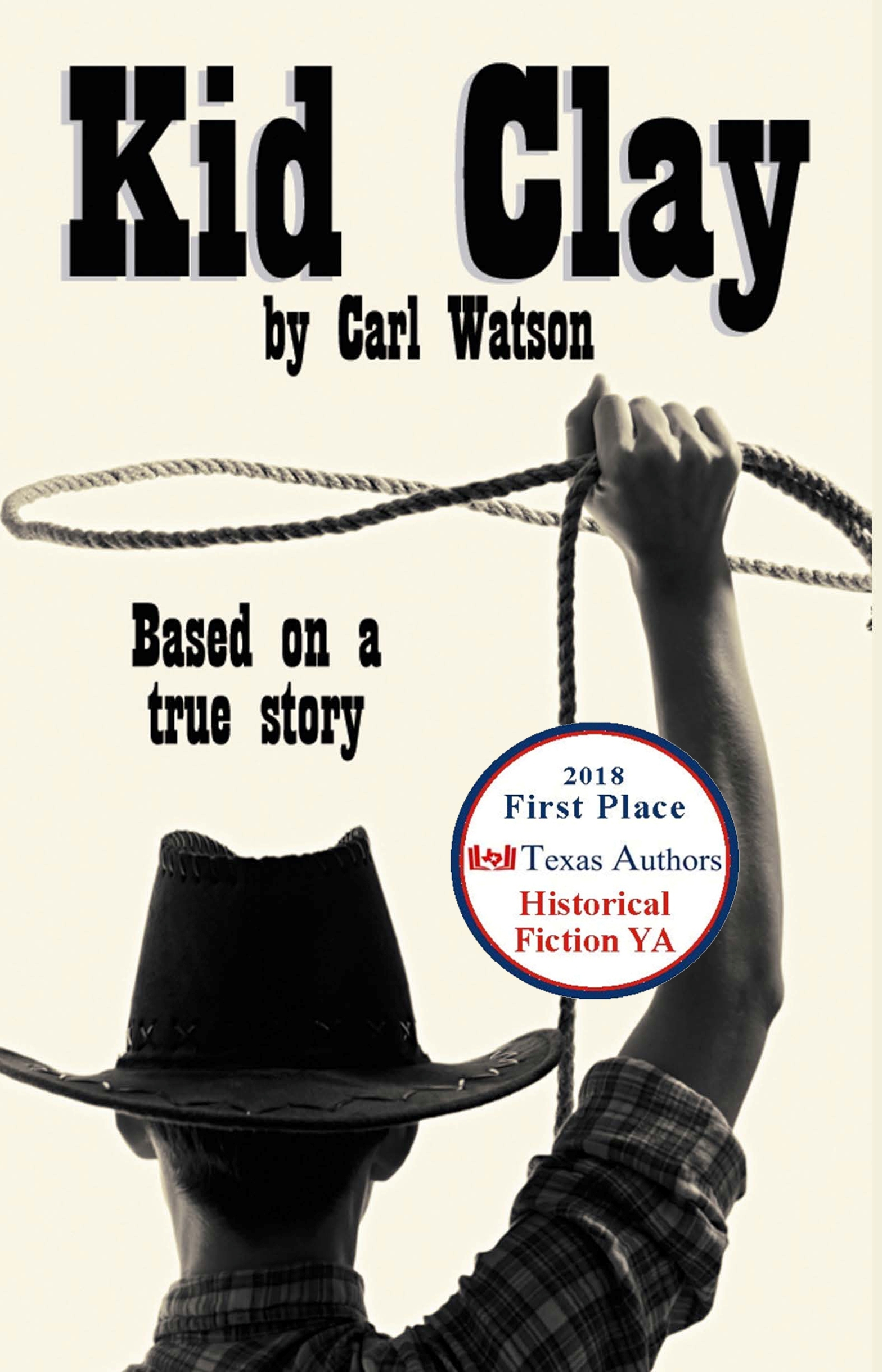 Kid Clay feels authentic to the bone. This young adult novel, which is based on a true story, takes place in the West in the 1880s. It was written by Carl Watson, grandson of the book’s fifteen-year-old cowboy hero. Watson’s writing is lean, straight forward and on the mark. His young protagonist drives cattle, faces down outlaws and rustlers, falls in love, lives with Indians, and more than holds his own. If you’re looking for a good book about the adventures of a young cowboy in the fading days of cattle drives and the Old West, Kid Clay is the ticket.
— Michael de Guzman

5.0 out of 5 stars … and the opportunity to meet some of the finest people on earth

When young Henry Clay sets our looking for adventure in the western frontier of the late 1800s, he finds it — along with an illness that almost takes his life, several encounters with cattle rustlers, a brief meeting with the infamous Dalton gang, and all the challenges and discomforts life on the open plains has to offer. Due to his youthfulness, Clay picks up the trail nickname Kid, but during his years on the frontier, he manages to overcome any sense of belittlement the name might convey.

Kid Clay is based on the memoirs of Carl Watson’s grandfather, Henry “Kid” Carleton Clay, who was born in Kentucky in 1865.

As the son of a judge, young Henry is expected to follow in his father’s footsteps and go into law. However, Henry has an unbearable itch to explore the west he has heard about in stories related to his grandfather, Simon Kenton, and his distant relative, Kit Carson. As Kid recovers from Typhoid Fever and works his way across Texas and New Mexico, into Colorado and Nevada, he finds the west lives up to his expectations. It is a place filled with adventure, danger, unbelievable beauty, and the opportunity to meet some of the finest people on earth, Buffalo Bill among that number. But it is the ordinary people who mean most to Kid — the woman who nurses him back to health, his fellow trail riders, the ranch bosses, and the tribe of Indians with whom he lives for a year.

Kid’s Kentucky upbringing includes training as a horseman and skill with using guns; both abilities that serve him well on the frontier. However, after years of indulging his yen for adventure, Kid finds a different sort of yearning replacing his old urges. The once-wild west is changing, as is Kid, and a new future opens for both as the story closes.

Kid Clay is written for young readers and for adults as well; for all who like a story with action and adventure.

Knowing only a tad about cowboys, this story brought it all to life. From the first sentence to the last, Watson gives us the true grit of what it was like to be a newby cowboy and all the trials associated with it. It was not like on the old movies where they always looked clean and the trail was fun. This was Watson’s great-grandfather and was based on his journal. What an adventure for a fifteen-year-old young man. I highly recommend this for anyone, but especially for young people twelve and up; not to run away and become cowpokes, but for the honor, integrity, and respect for nature, family, and strangers. What a great man!