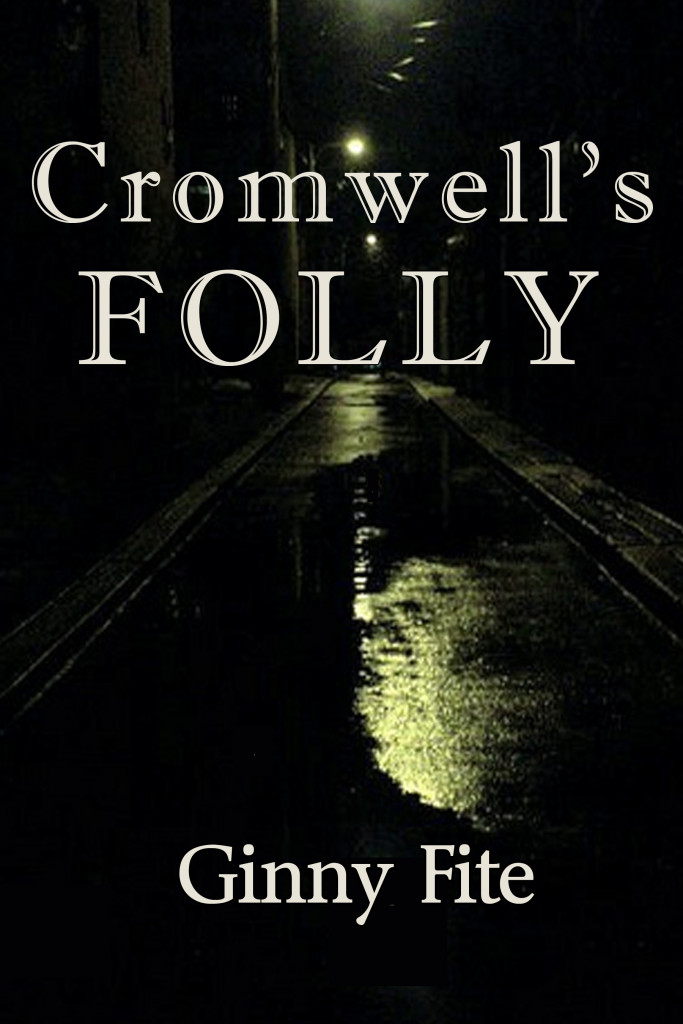 Fite writes extremely well, with a strong plot, fascinating characters, and a complicated, complex mystery. The book will keep you turning pages from the very first one.

Cromwell’s Folly is a well-written, suspenseful, fast-paced murder mystery that will keep you glued to the pages from beginning to end. Fite’s characters are intriguing, realistic, and very credible. You won’t know whether to root for the detective or the killer.

Meet Sam Lagarde, a detective with the West Virginia State Police, assigned to solve the murder of a no-good cad named Ben Cromwell, a thief and addict. There are plenty of suspects with motives, especially the women Cromwell seduced and then stole from: an almost-divorced doctor, a Legal Aid lawyer, a hospital social worker and a young beautician, whose mother and boyfriend could also be involved in the homicide. As he doggedly uncovers clues, Lagarde finds himself becoming attracted to Cromwell’s grandmother, a painter who shares his love of horses. Lagarde’s instincts lead him to discover the truth behind Cromwell’s life and death. This is a very entertaining mystery with memorable characters, especially Lagarde. I hope to read more of him in the future.

Cromwell’s Folly is a dark, fast-paced crime thriller where you find yourself more sympathetic to the killer than the victim. The split time line mixes Detective Sam Lagarde’s investigation into the grisly murder of Ben Cromwell with the events in Cromwell’s life and the lives of the suspects leading up to the murder. I flew through Ginny Fite’s tight prose and got to the end with one lingering question: When – if ever – is homicide justifiable? A dark but fun read. Looking forward to Lagarde’s next case!

I enjoyed reading this murder mystery by my pal Ginny Fite. She has no trouble delving into the dark side of people and showing us that evil exists. I don’t mind mingling with the dark side through books, TV shows and movies, as long as I can come back to my prettier world — maybe it shows just how lovely life is. Fite has a straightforward writing approach, which makes it easy to sail through this unraveling story.

From the first page to the last of Ginny Fite’s novel Folly I was drawn into the unfolding drama. Layer upon layer, Ms. Fite connects the dots between her well-defined and wonderfully diverse characters.

The lines between good and evil, criminal and victim are decidedly blurred. The more I knew of Ben Cromwell, the sociopath with no moral compass, the more I wanted to see him die. I felt sympathy for the lives he’d destroyed, including his own family members.

Folly is a spellbinding page turner.

~~Rochelle Wisoff-Fields, Author of Please Say Kaddish for Me

Ginny Fite knows how to grab your attention and not let it go. Heck, everyone, including me, wanted Cromwell dead. But who killed him? She will not let you know that until the end, and then she still leaves you breathless. Never underestimate the power of a woman, author or protagonist. J

In Cromwell’s Folly, all that remains of the handsome womanizing Ben Cromwell are a head in a dumpster and a pinky finger bearing an emerald and diamond ring. Detective Sam Lagarde of the West Virginia State Police is assigned the case, doggedly following leads until he stumbles upon five women who all have one thing in common: the victim.

Lagarde is the likable Charles Town detective for all three books in the series. The second, No Good Deed Left Undone, is being prepared for publication and Fite is at work on the third, Lying, Cheating & Occasionally. She decided to cap it at three since Lagarde will reach retirement age in the third novel, and she has other projects in the works.

Fite, now retired, spent her entire career crafting words, both as a reporter and in the communications field, including serving as press secretary for a member of Congress and deputy press secretary for the State of Maryland Governor’s Office (where she was the first female to serve in that role). Not to mention, she also has degrees from Rutgers University and Johns Hopkins University.

“I’ve always written — little illustrated stories when I was very young, longer stories and some dreadful poems as a teenager, better and better poems when I was working full time in communications,” she said. “I always fell a little in love with the musicians I interviewed for arts beat columns in newspapers and magazines. The pianist Leon Fleisher swept me off my feet in two hours and is likely the inspiration for a character in another novel I’m working on now. But reporting is very different from fiction. While there may be built-in conflict, you have to follow the leads to find and tell the truth. I loved writing stories about eccentric people who went off to work with Mother Teresa or left their full-time job to raise sheep in Jefferson, Maryland.”

Fite previously self-published two poem collections, Throwing Caution and The Pearl Fisher as well as a non-fiction effort, I Should Be Dead by Now (And Other Postmenopausal Lamentations) and the fictional short story collection, What Goes Around.

Her novels — so far — tend towards the dark side. “My husband used to roll his eyes and tell me I had a very active imagination. But everyone has a motive and some of those motives come from the dark side,” said Fite. “There is evil in the world.”

The first “longish” short story she wrote at age 17 was “fairly dark, maybe very dark — not horror dark but dark in the way that humans are, with tumultuous emotions, confused thought patterns, bad decisions, dangerous actions and even worse outcomes. I do believe — as the title of my book of short stories echoes — what goes around comes around,” she added.

That said, she discovered writing Cromwell’s Folly how hard it was to kill someone in cold blood. “The victim had to be really bad before I could knock him off. After that, it was easier to kill off other characters in the heat of the moment,” she said.

In terms of her current mystery series, she said Sam Lagarde came up with the idea of her vs. the other way around. “He planted himself firmly in my brain and wouldn’t let go,” said Fite. “He is perhaps my more rational side, but really, I never met him before he showed up that afternoon and told me the story about Ben Cromwell and his lady friends.”

Her reporting background did teach her a lot about the justice system, which may have created her inner stirrings to write about murder. She recalled this story in particular: “One winter, a man was found dead on the quiet street of a suburban Maryland neighborhood. His face was crushed in. It was freezing out; he wasn’t wearing a jacket. As the story unraveled, it became clear that he had been chased from the VFW (where he’d been bartending), through the streets, and was allegedly beaten to death. There were many witnesses willing to talk about the altercation in the bar. His family was heartbroken and furious. We followed that story through many twists and turns, including a bizarre report from the medical examiner which claimed that he died because after running, he stopped, lit a cigarette, inhaled and had a heart attack, falling on his face on the asphalt. In the end, the state’s attorney failed to get an indictment against the perpetrators.”

Although Fite lived in Maryland for many years, she now lives in the Eastern Panhandle and felt it was the perfect setting for her series. “I travel these roads every day,” she said. “I am a great watcher of people. I read the paper. There are thousands of images implanted in my brain. Why go to Katmandu when I’ve got an entire universe right in front of my eyes? If I need a setting for some action, I can refer to all the pictures in my mind.”

Retirement has freed her up to write to her heart’s content, and it truly has been a healing and fulfilling activity that she enthusiastically pursues from her corner of paradise.

“I love the freedom to invent my own world with its own rules. I love words, one word after another. I love entire sentences. Paragraphs. Pages. I even love editing,” she said. “I love that there are other people living right here in West Virginia’s Eastern Panhandle whose minds are bent like mine, who work with words as if they were clay or paint or paper, shaping and turning them until a new object emerges that can stand on its own.”

Fite is represented by the Loiacono Literary Agency. Black Opal Books is in the process of publishing the second book in the series. Fite has an upcoming book signing on October 16 at Four Seasons Books in Shepherdstown at 7 p.m. She is also reading at Artober on October 11 at 3 p.m. at Happy Retreat in Charles Town and participating in the Scarborough Lecture Series on November 12 at 7 p.m. at 301 N. King Street in Shepherdstown. Updates can be found online at ginnyfite.com or her author page on Facebook.