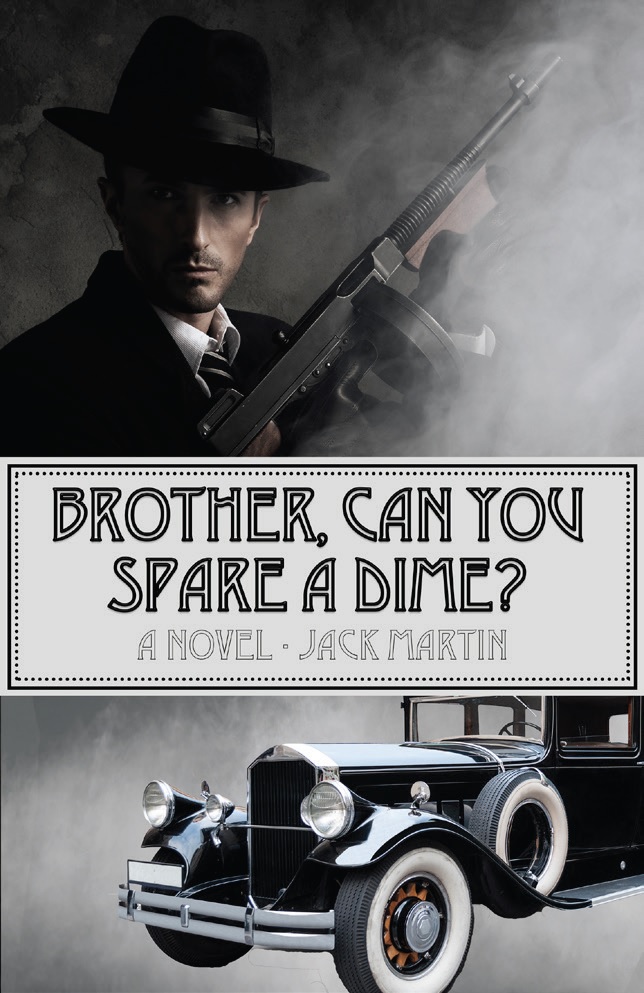 Amazon Brother, Can You Spare a Dime? Reviews

In the 1930s, America is clearly a county in transition. The economy is on a downward spiral, and the majority of citizens are turning to anyone offering a change of fortune. Criminal bosses control the flow of money, liquor, etc. Senator Huey Long controls politicians, affluent businessmen, and the general population, who demand social and economic parity. A pipe dream?

Suddenly, an assassination attempt on President Franklin Delano Roosevelt indicates that someone is looking for a different, radical leader who will provide the same hope that the “madman” Adolf Hitler offers to the German people. FBI Director Herbert Hoover hates being powerless, and so he assigns agent Harry Bierce to find out who is truly behind the attempted assassination. This is the story of Bierce’s mission and his free-wheeling, independent, supposedly willy-nilly methods that will get the job done, with Hoover’s reluctant approval.

This is an intriguing novel because the narrator assumes a neutral stance, which compels the reader to admit that all men have positive and negative attributes, that motives are complex, that one may have to overlook the tyrannical control of a leader in order for the common man to receive a decent wage, education, and so on. It’s also the story of the infamous couple, Bonnie and Clyde, a secret cult supporting the German Führer, and so much more. The pace never slackens, and yet we can’t stop reading because we have no idea whether a solution or resolution is around the corner. The title, an actual poem/song, accurately reflects America’s power and weakness, a theme pervading every page of this excellent historical novel. Highly recommended, indeed!

I have read every Jack Martin book and each one made me feel like I was witnessing history first-hand, like I was right there. Brother, Can You Spare a Dime? was not an exception. I got a glimpse of gangster life—Bonne and Clyde, Dillinger, J. Edgar Hoover, Early Long, Carl Weiss, Heinrich Himmler, Franz von Papen. If I had read books like his in high school, I would have gotten more out of history classes. The common thread throughout all his books is a blonde guy with small, round glasses…Gosh, I love that character. I cannot wait for more!

For those not familiar with his other works, he has written: John Brown’s Body, Battle Cry of Freedom, Marching Through Georgia, The Battle Hymn of the Republic and Hail Columbia. All are fabulous!

Another Hit by Jack Martin

Mr. Martin has again taken obscure elements of history, mixed them with well-known characters and incidents and made it all come alive through his knowledge of the characters of the times and through his own imagination. The fictional elements blend seamlessly with the historical facts. Even when there is a stretch of imagination, it is done with respect for reality. Mr. Martin clearly has a love of history and a quick wit that allows him to inspire the reader with an enjoyment of an era in history that is often ignored these days. He uses the sensational criminals of the 1930’s and the hidden corruption in superficially respectable agencies to create immovable obstructions to the task Bierce has been set: to find the assassin threatening President Roosevelt.

The main character, Bierce, is quirky and a little scary. His often savage nature is his own worst enemy, but he usually keeps it under control. Even when it is not, somehow the reader sees a form of justice in his techniques for furthering his purposes. Once Bierce accepts the assignment from Herbert Hoover, he goes at it with intensity and singleness of purpose that would frighten the targeted criminals, if they knew.

Mr. Martin creates a tale of suspense, action, intrigue and a touch of humor to captivate the reader. I heartily recommend this book and it predecessors.

A driving plot and memorable characters make this an entertaining read!

Journey back to the 1930s, to a time when Machine Gun Kelly and Baby Face Nelson, Bonnie and Clyde roamed the country, killing cops and robbing banks, Huey Long became almost dictator of Louisiana with his eye on the White House, and someone tried to kill the then President Elect, Franklin Roosevelt.

Enter: Harry Bierce, an FBI special agent who gets things done – Harry Bierce, who pursues these legendary killers and crazed politicians, and makes sure they will never harm another person.

This is a fun mystery/thriller enmeshed in the Great Depression, when killers became legendary and politicians rose to challenge democracy, starring a character who seems to be, well, almost a superman.

This is a lot of fun – the style needs a little editing, but with a driving plot and memorable characters, you’ll look forward to the sequels!

If you like reading about old time detectives and criminals, this is for you!

I loved this book! I found it so interesting! Okay some of it was made up, okay a lot of it. But I had read about or seen movies about a lot of them and knew pretty much what was made up and what wasn’t. I admit the ending was certainly hokey. But this book definitely kept me interested and entertained. I loved how Agent Bierce had his morals and values and stuck to him especially at a time when there didn’t seem to be a lot of that going on. And I especially like what he did for Mrs. Belasco and the orphaned little girl.

I loved the humor in this book as well. It wasn’t laugh out loud, but it was good for a few chuckles. Especially when Hoover gave Bierce (I’ve forgotten his last name) a job to do and he stands there and considers it as if its a recommendation and then after a few minutes he accepts it.

I would definitely recommend this book, however, not to the serious non-fiction lovers. You won’t like it. The author took liberties with the facts and made it into an interesting story that was very enjoyable. So don’t use any of the facts in this book as your answer if you’re playing Jeopardy.