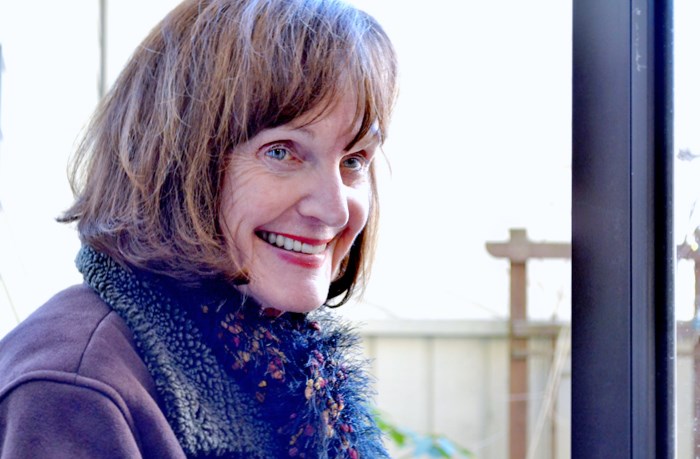 After years of working in radio sales and raising four daughters, Charters became VP of marketing for Viacom TV, then branched-off and opened her own advertising agency, Charters Marketing, with her husband, Matt. “He’s the business brain, I’m the creative one.”

The writing bug had bitten a long time ago, but its effects stayed hidden until it was time.

“People sometimes wonder where a character comes from. ‘When did you think up Mary Boland anyway?’ I don’t know about all authors, but for me, Mary Boland was a magical name I heard through my childhood from my mother and aunts. She was my great-great-grandmother. There were no pictures of her and no records of her accomplishments, but she came to me in dreams…a young girl with curly red hair, riding her horse along the Irish seacoast.

“Tell my story,” she whispered.

“In her first iteration, she was the star of a novel called Daughters of Ireland. Mary was the first in three generations of women. Writing class instructors and published authors alike told me, ‘Each of these women deserves her own book.’ They were right. So, I started over and told Mary’s story in Shanty Gold. Next came Nellie Kelly’s story, Mary Boland’s daughter, in Lace Curtain. Silk Stockings is half written and will be the final in the trilogy.”

Charters is also the author of a humorous memoir, Funny isnt’ it?

SHANTY GOLD IN FINALS FOR READERS’ FAVORITE HISTORICAL NOVEL OF 2016

Shanty Gold, a story of strength and perseverance.

In 1849’s famine-ravaged Ireland, thirteen-year-old Mary Boland is found lying mostly dead on the side of the road to Cork Harbor, Queenstown, Ireland. She just buried her mother and baby sister after they both died of starvation. Now she is headed for Boston to find her father— no matter what.

Raped and beaten by the motley crew of The Pilgrim’s Dandy, she is rescued by a fifteen-year-old Negro slave who had been used in like manner for some time and had vowed to throw himself to the sharks that very night. Together they survive the harrowing two and a half month trip, helping others as well. Their friendship is the key to the new world for both of them, carrying them through hardships and trials, and eventually to happiness.

A grand tale that is truer than we would like, yet spurs us to endeavor what people consider the impossible.

As a first-generation Irish-American girl living in Boston just after the Civil War, Nellie’s mother is overprotective, her religion is boring, and she trusts her best friends implicitly… until one lies and bullies her into expulsion from school and the other snatches the love of her life from under her nose.

In a time of great gains and upheavals, Nellie faces women’s rights, racism — black, white, Irish, Italian — and the struggle of being who she is meant to be regardless of gender, religion, or status. In her world there were three choices: Silk Stocking, the top-o-the-rung, Shanty Irish, the bottom-o-the-barrel, or Lace Curtain, those who refuse to go back and are striving to be the best.

Silk Stocking will once again be narrated by Mary Boland. But in this turn-of-the-century story, she will speak as a grandmother striving to save her beloved granddaughter, Kate O’Halloran, from the fate that destroyed Kate’s mother. Mary and Kate return to Ireland in this third book of the trilogy, where Mary will introduce Kate to the heritage of strength that will prepare the girl to become the woman worthy of her own great destiny. 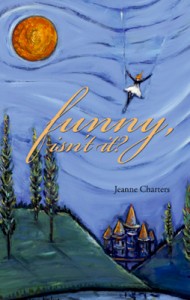 Cover and illustrations by Marie Hudson

Available @ Mountain Made in Asheville, NC

Okay, let’s talk about erectile dysfunction ads on television, getting older, getting flabbier, realizing you resemble your mother, loving your kids through things that hurt them, and maybe, just maybe, meeting “Mr. Right” after years of “Mr. Wrongs”.

Funny, isn’t it? is for anyone who faces millennium stressors and chooses to laugh in spite of them. In these twenty-nine stories, I explore subjects as diverse as trash television, marriage, children, grandchildren, running a business, sticking it out when you want to quit, and my personal belief that angels really do exist.

Each article had its genesis as a column in WNC WOMAN magazine, published in Asheville, North Carolina. Read a sample now from the book!

I hope they will tickle your funny bone or titillate your grey matter. If they do, let me know. I’d love to hear your stories too!

Loiacono Literary Agency is not responsible for the scheduling of authors, negotiations, or fees associated with the speaking engagements. You may contact the author directly to check availability @ jeanne@jeannecharters.com .