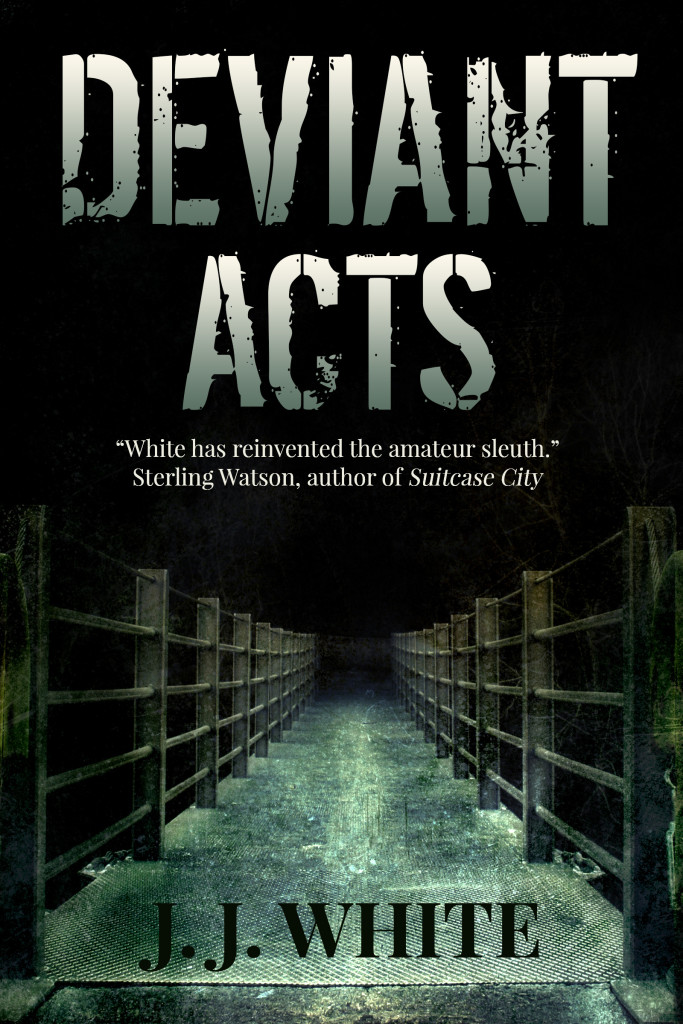 “In Deviant Acts, J. J. White has reinvented the amateur sleuth.  His reluctant PI, Jackson Hurst, is crazy as a loon, funny as hell, and deadly serious.  He’s as outside normal life as a man can get and somehow still solidly on the side of the angels.  This is a great read.  Let’s hope Jackson Hurst goes pro and we get a string of novels about this original and compelling character.”

~ Sterling Watson, author of Fighting in the Shade and Suitcase City

I gravitate towards military stories or those of vets. Jackson reminded me so much of my cousin who came back from Nam pretty messed up, but, in the end, got his act together…finally…just like Jackson. Those boys came home to NOTHING, unlike the heroes (their fathers) of WWII. No help was provided. They had to claw their way back to sanity. I could so relate to this story and could not put it down. JJ White did a magnificent job with keeping me glued to the couch. Five Stars all the way!