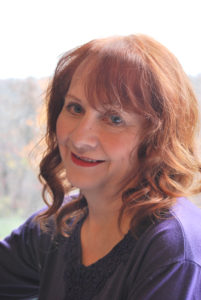 Confessions of April Grace: In Front of God and Everybody

In Front of God and Everybody Reviews

In Front of God and Everybody video trailer

All Confessions books are all on the Accelerated Reader List for all school systems in the United States!!!

Confessions of April Grace: In Front of God and Everybody was in the top twelve finalists for the Mark Twain Award for 2013-14!

Confessions of April Grace: In Front of God and Everybody is a mid-grade novel and the first of a series of stories about a rural community in the Ozarks and April Grace Reilly, who changes everything. Centered on the Reilly Family who has lived there for generations and the St. James who reluctantly moved there to start over, it is a true “country mouse” meets “city mouse” story. The challenges of tolerance and acceptance and the miracle of saving Grandma because of it makes this an endearing novel. You will be as captivated by The Reillys as we all were with The Waltons in the 70s. 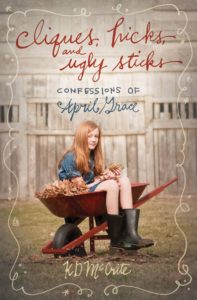 The seond novel in the Confessions series. All Confessions books are all on the Accelerated Reader List for all school systems in the United States!!!

Just when April Grace thought the drama was over…After an automobile accident, Isabel St. James—resident drama coach and drama queen—needs help putting together the church play. Mama insists April Grace and Myra Sue will help. April’s fall is now devoted to spending every afternoon with Isabel and Myra Sue—if anyone is as big of a drama queen as Isabel, it’s Myra Sue. Plus, she’s dumb. (Okay, not dumb, but “older sister dumb.”) If that’s not enough, Isabel is wreaking havoc in the community trying to get Rough Creek Road paved, the new boy at school will not leave her alone, and then Mama drops the biggest bombshell of all: April Grace is no longer going to be the baby of the family.

Girls will completely relate to April and love her sense of humor as she deals with siblings, boys, and the many changes that come with growing up. 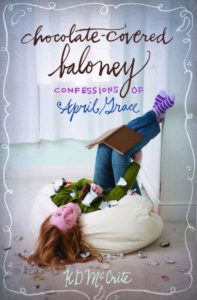 The last thing April Grace wants is more change in her life–but that’s exactly what she gets! Plus, April has a new mystery to solve when Myra Sue starts sneaking around and acting very suspicious! From snooty new neighbors to starting junior high to getting a new baby brother to having her grandmother get a boyfriend, April Grace has had enough change to last until she is at least eighty-seven-years-old. But when it rains, it pours, and April Grace is in for the ride of her life when her prissy, citified neighbor, Isabel, becomes her gym teacher and a long-lost relative suddenly reappears and throws everything into a tizzy. On top of that, April’s sister, Myra Sue, has been hiding something and sneaking around. April needs to find out what is going on before her silly sister gets herself into trouble again. More important, will April find the grace she needs to handle her topsy-turvy life and forgive past wrongs?

Loiacono Literary Agency is not responsible for the scheduling of authors, negotiations, or fees associated with the speaking engagements. You may contact KD @ kdmccrite@gmail.com to schedule events.