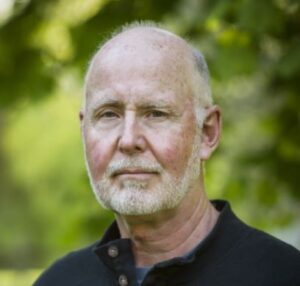 Robert Goswitz was born and raised in Chippewa Falls, Wisconsin, graduated from Milton College, and holds an MA in Education from the University of Wisconsin-Whitewater. He was drafted into the U.S. Army in March of 1971 and served in Vietnam from September of 1971 to August of 1972, receiving the Combat Infantry Badge and the Bronze Star for his service. After the military, Robert was a special education teacher from 1974 until his retirement in 2007. https://rgoswitz.wixsite.com/mysite

The Earth Shall Claim Your Bones is the prequel to Goswitz’s debut novel, The Dragon Soldier’s Good Fortune, published by Black Opal Books in 2017. Upon the expiration of the contract, he regained his rights to the Vietnam era novel, which is now available as well. Excerpts from this Vietnam War novel were published in 0 Dark Thirty and The Military Writers Anthology. Another excerpt received Honorable Mention from the Tom Howard/John H. Reid Fiction/ Essay Contest sponsored by Winning Writers “One of the Writer’s Digest 101 Best Websites for Writers.” www.winningwriters.com.

The Earth Shall Claim Your Bones (available for acquisition)

The Earth Shall Claim Your Bones Endorsements and Reviews

The Earth Shall Claim Your Bones brings the social upheaval of the 1960s to north woods Wisconsin. Themes presented include religious intolerance, racial tension, and the generation gap based on his early years growing up in northern Wisconsin. It is the prequel to his Vietnam War novel, The Dragon Soldier’s Good Fortune.

The Earth Shall Claim Your Bones (available for acquisition)

Legends endure because of the truths they tell. In 1870, Bernadine Brunette saved her small north woods Wisconsin town from a forest fire with a prayer to The Blessed Virgin Mary. It was widely reported that the Virgin appeared and sent the fire away. The town became a pilgrimage destination and changed its name to Virgin’s Ridge. From that day forward the spiritual, social, and financial fortunes of its citizens depended on maintaining this legend.

Ninety-five years later, seventeen-year-old Ed Lansky discovers the legend is untrue. What will become of him when he shares this secret?

Loiacono Literary Agency is not responsible for the scheduling of authors, negotiations, or fees associated with the speaking engagements. You may contact the author directly to check availability@ rgoswitz@mac.com.