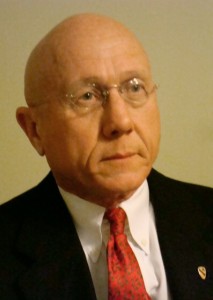 After spending twenty-five years as an ER doctor and serving as a physician in the United States Army, Shows is now a full-time author, pulling two weekends a month ER duty and volunteering his medical services to causes. His novel exposing secrets of the Kennedy assassination, ‘A Sentence of Death’ Words That Killed A President, was his first novel. He has also published numerous short stories. Shows has several degrees in mathematics and physics, and is a forever student of history, empowering him with the knowledge to write believable and logical science fiction. His series, starting with The Stellar Phoenix, is the next science fiction phenomenon. 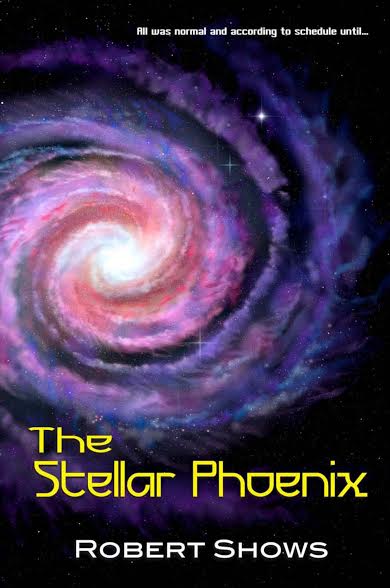 The three greatest impediments to space travel—distance, gravity, and radiation—are overcome by the works of a more-than-brilliant physicist, who designs a revolutionary spaceship; a true flying saucer, The Stellar Explorer, capable of enormous speeds and safety. Launched in 2019, the Stellar Explorer and its seven-member highly-intelligent, highly-trained crew settle down to the routines of space travel and their two-year maiden voyage mission of mapping the Milky Way Galaxy. All was normal and according to schedule until…

A cascade of events disrupts the mission: the unexpected erosion of crew morale; the sudden, unexplained emergency of a hull breach and the resultant deaths of four of the crew; betrayal and abandonment in space; human survival and ingenuity; and an alien rescue. The latter ultimately resulting in an Aesopian Fable: the rescuers become the rescued.

(2017) Stellar Phoenix – Galactic War I:   The U.S. rejects a request to aid in the Galactic War. The Stellar Phoenix (SP) is attacked on its civilian exploration, disabled, and its astronauts captured by the GW I aggressors.  Diplomacy fails and Mark’s son, Matt, a recent military academy and med school graduate, is aboard the military version of the Stellar Phoenix (The Langley) when it makes a surprise raid and recovers the SP. The GW aggressors declare war and annihilation on and to Earth, and the nations of the Earth combine to form the Council of Nations to coordinate a response to the threat.  The SP is converted to a warship.  The SP is the flag ship of the fleet and Matt is a war hero.

(2018) Stellar Phoenix – Unrequited Peace:  Earth and her victorious allies are unable to reach an agreement on how to administer to their defeated galactic enemies. Caution and mistrust abounds now that the common enemy is defeated. The Council of Nations disbands. Cosmic alliances splinter, cooperation ceases, and isolation returns, resulting in the previous enemy and its new allies regaining strength. New conflicts flare, with Matt and then his son James in command of the SP.  Trying to avoid another disastrous war, Earth’s allies try to appease their old enemies…to no avail. War descends on the cosmos with a coordinated attack on Earth’s military outpost and an attack on Earth’s allies. The SP is thought destroyed.  Victory appears difficult, if not impossible.

(2019) Stellar Phoenix – Galactic War II:  The Council of Nations returns. Earth and her allies suffer a series of defeats.  James, now Supreme Commander of Earth and its allies’ military, devises a bold defensive plan.  While the enemy fleet approaches, self-assured of a convincing and war-ending encounter, they are ambushed –led by the SP, resulting in a humiliating defeat.  The victory is not complete, for the outcome is still in doubt, but the forces are now equal. The refitted and refurbished SP is again the flagship of the fleet and the command ship for James –the very ship on which his grandfather once served.  The SP’s reputation as a phantom and phoenix of the cosmos is now complete, for she leads the fleet to complete victory and unconditional defeat of the enemy.

(2020) Stellar Phoenix – The Cloak Wars:   Earth becomes the superpower of the known Cosmos.  Again, the peace from the victory of Earth’s allies and the defeat of Earth’s enemies appears unattainable. Her enemies, along with her allies have been devastated in GW II. Only the Earth remained untouched. General James Hodges becomes President of the United States. Earth’s once ally in both Galactic Wars becomes a sinister force in the Cosmos, covertly trying to destroy Earth.  If successful, Earth’s new enemy will control all of the known life forms in the Universe.  James’ son and Mark’s great-grandson (John) becomes the leader of Earth’s Council of Nations.  A series of military confrontations result in string of defeat for Earth and her new allies.  At the point of military showdown, Earth’s once ally – now enemy, its coalition satellite planets revolt, assuring Earth and her present allies of a victory without war.  Earth’s enemy’s government implodes resulting in cosmic peace…or until a new threat arises.

‘A Sentence of Death’ Words That Killed A President 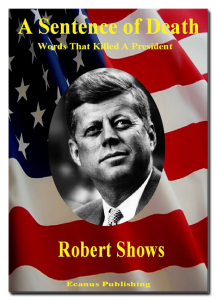 ‘A Sentence of Death’: Words that Killed a President is available in ebook and hard back through all online venues and Ecanus Publishing

“A Sentence of Death”- Words That Killed A President Reviews

“A Sentence of Death”- Words That Killed A President is a step back in time. A melded novel of historical fact and fiction surrounding the assassination of President John F. Kennedy, it stimulates the reader to a thought provoking analysis of what could have happened before and after that fateful day in Dallas, Texas.

Fifteen years later, the U.S Congress re-opened the Kennedy investigation.  Their findings: “…the facts suggest that President Kennedy was killed as the direct result of a conspiracy.” Thus giving plausible answers to the who, what, when, where and how of the fatal plot, and creating an atmosphere of intrigue, treason, murder, cover-up, and eventual, but delayed, disclosure of the men responsible for the death of JFK.

Loiacono Literary Agency is not responsible for the scheduling of authors, negotiations, or fees associated with the speaking engagements. You may contact the author directly to check availability @rmshows@aol.com .