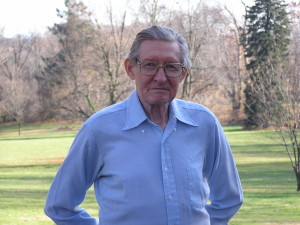 William T. Delamar, is originally from Durham, North Carolina where he grew up in a home full of books which ignited a love for reading. In high school, he worked part-time at the Duke University Press, further increasing his insatiable desire for literature. Currently, he resides in Melrose Park, Pennsylvania in a century-old house with wall-to-wall volumes from basement to third floor.

He served in the navy as a weatherman, has a B.A. from the University of Pittsburgh and an M.S. from Antioch University. With thirty-five years’ experience in hospital organization and development ranging from methods and procedures examiner to CEO, he was recently honored as a founding member of the Hospital Management and Information Society which grew from twenty-eight members to thousands internationally.

Delamar is on the board of the Philadelphia Writers’ Conference, having served five times as president. His works include: The Hidden Congregation, The CareTakers, Patients in Purgatory, and The Brother Voice.

“My life has been filled with unplanned twists and turns, ranging from the bizarre to the sane, from social injustice to honesty, and from the aggravating to the funny. These experiences find their way into my writing, often providing me with a feeling of satisfaction.” 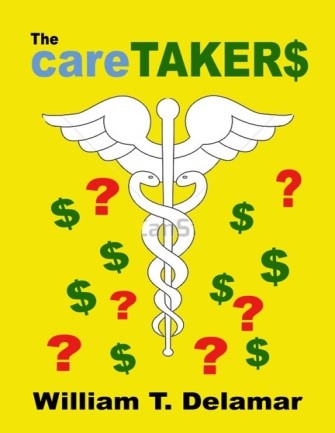 Doug Carpenter, administrator at Eastern Medical College Hospital, fights hospital power politics and physician greed while trying to provide a good setting for patient care. The greed and politics form a constant barrier and create a threat to Doug’s own position . . . but that’s not all. A patient commits suicide. A drunk anesthesiologist kills a mother during a delivery. Several patients are killed by an angel of death. A patient is poisoned by a dishonest doctor.

A violent union strike explodes into this setting, led by Simba Agiza (Swahili for Black Lion) who tries to seduce Doug so she can expose him. The doctors see their referrals interrupted and press Doug to give in to union demands. Simba and Doug dare each other to “learn the other side.” Simba leads Doug into the ghetto to see people living in rat-infested hovels and drug dealers targeting children. Doug gives Simba a crash course in hospital administration. They draw up a private set of challenges.

Doug knows the board’s new building plan, including a health club for the doctors, isn’t justifiable. At the

state hearing, he announces that it isn’t needed. Eastern’s request is denied and Doug’s job is on the line. 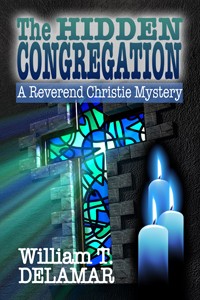 The Reverend Oxford Christie is called to the nondenominational Church of the One Soul in Philadelphia. But . . . what happened to the congregation?  No one has joined the church for many years. The previous minister’s portrait is now hanging in the basement far from all eyes. Though there is a cemetery, there are no graves for the spouses of the remaining members. Something sinister has taken over the church. But those left behind won’t talk about it. Then, his first sermon obviously makes his new congregation uncomfortable.

Angel, the church secretary, is clearly hiding something. Nehmi, the caretaker, lurks about, watching Ox’s every move. Ammahn, a visitor, seems to be a prospective parishioner, yet he sneaks in and sits in the back pew, never talking to anyone. Cynthia Neal, a young  woman who is a violin virtuoso, says she is drawn to the church through sounds emanating from its core, of which only she is aware. What’s more, Ox learns that Emmett and Mary Jane, two new visitors, are actually undercover detectives investigating an old still-open case involving the church.

It is said, “The truth shall set you free,” but what is found in the deep recesses of this sanctuary will haunt you.” 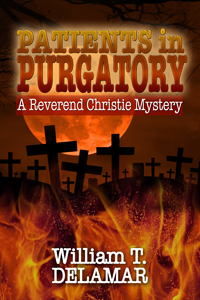 One of the Reverend Oxford Christie’s parishioners has a niece in a nursing home where she suspects nefarious treatments of fellow patients. The nursing home is one of a number owned and operated by The Group, Inc. They are bent on making money at any cost, and their profit far exceeds that of any typical nursing home. They also own and operate a string of hospitals.

Ox becomes convinced that the nursing home is involved in something illegal and develops a Nursing Home Watch Program in his church to visit with patients. The alternative purpose is to watch the nursing homes. He discovers there is, in fact, nursing home abuse taking place, and that the state’s system of inspections is deeply flawed to the extent that severe and continued abuse easily goes unchecked. Emmett and Mary Jane, members of his congregation who are actually police detectives, get involved in the watch on their own time.

The Group becomes aware of Christie’s efforts and orders are given to do whatever is necessary to stop his interference. Ox becomes aware of the danger to himself and his family, but refuses to back down.

What the watchers discover is shocking to the core. 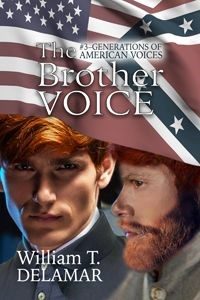 Selden and Holland Danner, identical twin brothers who can telepathically “think to each other,” grow up in the border state of Maryland. When the Civil War breaks out, Sel chooses to fight for the North “because it’s right,” while Hol joins the South “because it’s home.” Cora Dee Soyer, who loves them both, is torn, while her father, the Reverend Soyer, preaches against slavery.

Old Nostradamus, a freed slave, blind, and mystic, raises Minnie Lou when her mother is sold away. Minnie Lou meets the twins, which leads to unpredictable circumstances.

As the twins meet new companions and fight in various battles, they are dismayed to find they can no longer hear each other’s thoughts. That changes when they meet at the Battle of the Monacacy.

Loiacono Literary Agency is not responsible for the scheduling of authors, negotiations, or fees associated with the speaking engagements. You may contact the author directly to check availability@ delamarwt@gmail.com .