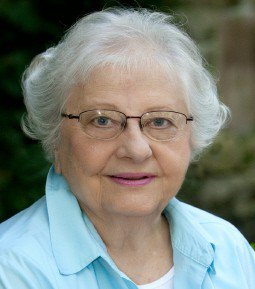 From the time she learned to read, Zeller has envisioned being a famous author. From her eighth grade English teacher Kathryn Buckwalter, and her favorite saying, accompanied by a pounding fist on her desk, “There is no such thing in the English language as a synonym!” to the editor at the first magazine she worked for, Cliff Thorbahn, a grizzled veteran war correspondent from WWII, and a friend of Ernie Pyle, who insisted that if she was going to be a writer she should be able to give him 250 words on anything in fifteen minutes, (His mantra was: “It isn’t what you know but how fast you can find out.”) she has had mentors and guides along the literary path. She has written for a magazine, a cooking column for a chain of suburban newspapers north of Chicago, served in the United States Army, is a professional perfumer (School of Perfumery, London, England) and an aromatherapist; making custom fragrances in her store and created Arkansas Sesquicentennial Fragrance, Mountain Air, since she retired. Besides the below books, her short story “Love is a Seed” is featured in Embrace: A Romance Collection, (2012 Goldmine Press).

Maddie’s Choice is a romance with her favorite theme, that being human is a lonely business, but for everyone there is somebody to love. It’s a matter of finding them. There will always be kids and animals in her books, and always, humor, “because life without humor is unthinkable”. “The idea for Maddie’s Choice came while I was serving on my local town council. We are a tourist town, and two visiting motorcycle gangs had a turf fight over Meth distribution. It ended with knife wounds and jail. That and the growing problem of modern-day cattle rustling on our small farms sounded like a book to me. “The funniest moment I had researching the book was a call to the local government county agricultural agent. I had no idea if cows had teeth or could eat a candy bar, a matter very important to my plot. He thought that was the funniest thing he had ever heard. I’ll send him a copy of the book.”

Joyce Zeller has written for a magazine, a cooking column for a chain of suburban newspapers north of Chicago, served in the United States Army, is a professional perfumer (School of Perfumery, London, England) and an aromatherapist; making custom fragrances in her store and created Arkansas Sesquicentennial Fragrance, Mountain Air, since she retired. Her short story “Love is a Seed” is featured in Embrace: A Romance Collection, (Goldmine Press, 2012). Other works include: Hidden History of Eureka Springs (The History Press, 2011), Accidental Alien (self-published, 2012) Christmas for Annabel (self-published, 2014), and her two new novels The Haunting of Aaron House (2015) and Love in a Small Town (2016) are published by Rogue Phoenix Press. 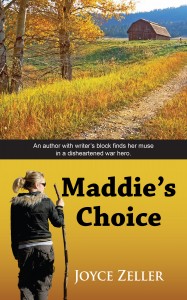 Maddie’s Choice by Joyce Zeller now has a blog spot! Check it out! http://maddieschoice.blogspot.com/

When a romance novel author inherits half of a cattle ranch in Arkansas, she is a bit surprised. Maddie had only met the elderly man once — when he rescued her from a freak blizzard ten years before. In order to claim and retain her inheritance she is told she has to live at the ranch for three months… What greets her upon arrival is what steals her heart: two teenage boys in need of a mama and a lonesome cowboy in need of a good woman. A cataclysmic chain of events is set into motion just because of a little ol’ blizzard…cattle rustling, drug smuggling, and unexpected love.

The Haunting of Aaron House

Semi-finalist for the Kindle Book Awards 2016 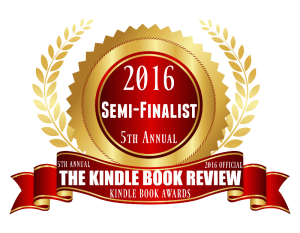 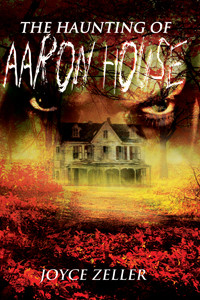 The Haunting of Aaron House Reviews

In Lancaster County, Pennsylvania, a place where ghosts, witchcraft and the paranormal are part of the local culture, an old farmhouse is haunted by two ghosts, Phineas and Amalie Peale, who have been trying to destroy each other for a hundred and fifty years; each possessing one half of the house. Phineas is an evil, powerful specter; Amalie is much weaker, unable to destroy him. To increase her strength enough to do so, she must inhabit the body of a human female living in the house. Her opportunity arises when the house, left vacant but still furnished since the death of the Aaron brothers two years past, is rented for two weeks by Paul Barlowe, a documentary film producer from Chicago, his wife Samantha and their son, Andy. Paul and Sam are targeted for a hostile take-over by the angry haints’ battle for supremacy, sometimes being completely consumed by them in the most sadistic ways.

Love in a Small Town 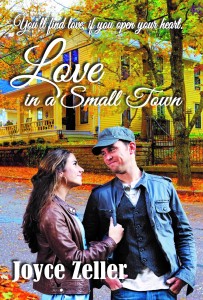 When Chicagoan, David Martin, moves to Eureka Springs with his step-daughter, he is escaping urban America and all its violence as well as memories of his deceased wife. A marriage of convenience ended in tragedy and left him to raise a fifteen-year-old daughter whom he has only known for two years. Both father and daughter are testing foreign waters: new home, school and work. Neither expected it, but where there is a will, there is love in a small town. A novel that addresses adult, parental and teenage issues, along with all their nuances, bullying, abuse, and adapting to a whole new life, Zeller touches the hearts of all, especially those of us who thought they would never experience unconditional love.

Published by The History Press

Eureka Springs, Arkansas, a town of 2,000 residents, is a study in cultural anthropology. It was created in 1879, in the period of about three months, when about ten thousand people suddenly arrived to bathe in a small spring, actually a puddle. A rumor had swept the country that the spring contained healing powers.

There were no roads, no local residents. You could only get there by horse and wagon through almost impenetrable forest. The arrivals all had one thing in common: they all suffered from some painful and incurable health problem. The town survives today as the last remaining example of middle class Victorian architecture, with stone buildings and Victorian gingerbread cottages still standing from 1888.

Colt Taylor, millionaire TV daytime drama idol, is searching for his lost dog, Annabel, a night before Christmas, in this “O’Henry-style Christmas tale. Frantic with worry, he meets a strange old man who sends him to the apartment of poor but proud store clerk, Stacy Martin. Though sparks fly, and forces plot against them, love endures. Suitable for young adults. 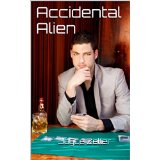 Daniel is a clone, sprouted from a 40,000-year-old interstellar seed pod left behind in the Mt. Rainier National Forest. He has grown into a six-foot plant that looks like a man though physically he is part human, part plant. He has the ability to change into any of Earth’s life forms, including birds, and to manufacture plant oils that can kill or heal. He must learn to live like a human while avoiding assassination byAine, the beautiful clone sent by the home planet, and programmed to kill him.

Aine is able to inject her prey with lethal wasp venom or kill them with electricity. However, her human DNA interferes and instead she joins Daniel  to get rid of Angelo Cardone, a local neighborhood crime boss, who is involved in the drug trade and human trafficking. Aine’s habit of leaving a trail of bodies behind brings two very confused detectives in pursuit who think they are chasing either an alien or a hundred pound wasp, or maybe a werewolf, one of Daniel’s favorite morphs. Murder and mayhem ensue, but they defeat the neighborhood criminals with the help of some unusual but lovable friends; so pleasing their home planet ruler, that they are allowed to become human and remain here, while retaining their powers to do good.Accidental Alien examines our world and our beliefs with humor and amazement, sometimes shaking you out of your comfort zone.

Loiacono Literary Agency is not responsible for the scheduling of authors, negotiations, or fees associated with the speaking engagements. You may contact the author directly to check availability@ jauthor@joycezeller.com .