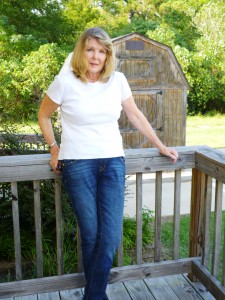 As an anthropology student many years ago, Trisha O’Keefe became aware of the past’s potential for mystery. While living and studying in Egypt, she began writing with that connection in mind. “Until an instructor remarked that some of my student papers sounded more like novels,” O’Keefe says. In response to her mother’s question, “All that’s interesting but what are you going to do for a living?”, the author taught school. “Or they taught me,” she says. “I’m a perfect example of history repeating itself. As one of those exasperating children always asking ‘why?, I ‘m faced with an entire classroom full of them every day.” O’Keefe lives in Georgia where she teaches and, of course, writes mysteries. 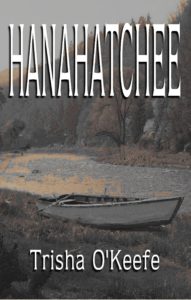 This is a fictional account of an actual crime committed and the attempt to seek justice for an innocent man convicted on circumstantial evidence and the color of his skin.

Set in the late 1930’s in a small, southwestern Georgia town, an innocent black man is set to be executed for the murders of a store clerk found floating in the river by Charlie Russell while fishing, and his family who’d been found shot by a then twelve-year-old boy, Jordan Tanner.

Nearly twenty years later, Tanner receives a distress call from Russell, who’d taught him to fish and hunt as a child. Charlie has caught something bigger than a fish—another dead man floating in the Hanahatchee River.

Tanner is now a reporter for a newspaper. His curiosity, and the fact that the victim is trussed-up just like the first body found in the Hanahatchee years before, spurs him to uncover the truth, something this rural community has been avoiding for too long.

Love Song of the Chinaberry Man 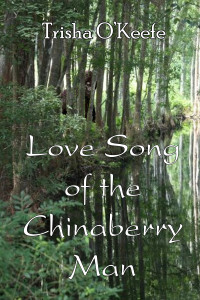 Love Song of the Chinaberry Man is the second in the Southwestern Georgia series; a story that makes you turn the cell phone off and forget the rest of the world exists.

It is said that in the Thicket right outside of Julia Springs, Georgia lives a creature of myth and legend, the Chinaberry Man. Rightly so named due to the sweet, pungent scent those who have remotely come across him remember smelling. I say remotely because very few have lived to tell of a close encounter, except one…

Gina McFarland has always been special: predicting plane crashes and having visions and dreams that come true—mostly the kind that don’t have happy endings. Now she sees the dead, and, of all people, the creature has chosen to save her.

In a matter of days, several horrid things seem to develop in this quiet hamlet, all of which culminate with hatred, ignorance, and revenge, Mother Nature’s wrath, pure serendipity… and the love song of the Chinaberry Man.

The first was Hanahatchee, Deer Hawk Publications, 2012, and the third, The Mama Tree, Black Opal Books, 2016.

An excerpt from Love Song of the Chinaberry Man:

“Where’re we going, Nana?”  Kenya rose from the hay mattress where she’d been napping and buttoned her shift. “Town again?”

Kenya got a pear to eat on the way. “What for? And why do you call it the Mama Tree? I think it should be called the Grandma Tree ‘cause it’s so old.”

Root Woman laughed in her quiet way. “Maybe so. We’re going ‘cause it’s a holy place, for one thing. We got to leave our offerings for the ancestor spirits, for another. And then we got to ask it something.”

“By the way, the incidence with Chinaberry Man that Tanner has on the way to Root Woman’s place in Love Song of the Chinaberry Man happened to my cousin while he was night-stalking deer at Rood Creek in Lumpkin County.  He is now an avid believer in Chinaberry Man. I think climate change and loss of habitat has a lot to do with increased sightings of these legendary creatures, although I heard about them when I was a kid from these guys who work on oil rigs stuck out in Texas, Louisiana and Oklahoma. The world is still full of wonders, thank God.” 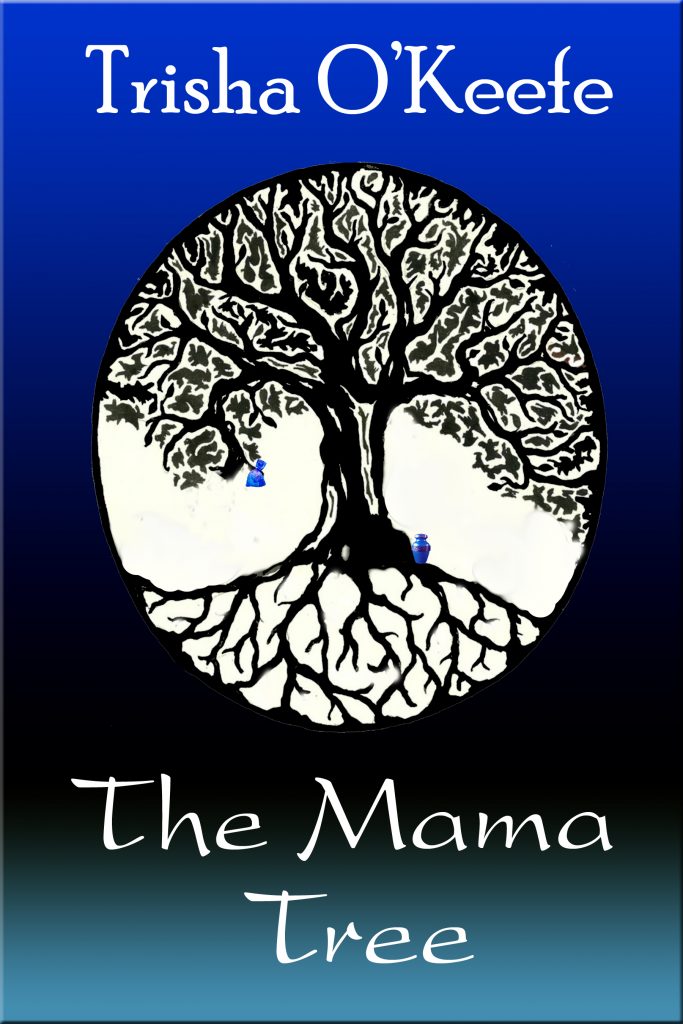 The Mama Tree is the third in the Southwest Georgia series. A mystery/thriller set in a small town with big issues, stretching like branches…

The Mama Tree lives in the Thicket, a place so wild it hides all kinds of creatures who don’t want to be seen. Prayer bundles and gris-gris bags dangle from its matronly branches like ornaments on a mother goddess. It has hidden Kenya and her disfigured face until, healed by the loving care of her grandmother, she emerges again, morphed into Chantal West, the sexy R&B Princess of Memphis.

Her triumph is shattered when the body of her childhood friend Holly Simpson is found in a dumpster. Could the fresh tattoo on the body possibly lead them to her killer? Kenya has hit many bumps on the road of life, and even some ditches, but there are no air bags for this ride.

Detective Grover Moss knows in one millisecond that this crazy, beautiful woman is the love he’s been looking for, and that she will be the next victim unless he finds him first.

Loiacono Literary Agency is not responsible for the scheduling of authors, negotiations, or fees associated with the speaking engagements. You may contact Trisha @ twj31807@yahoo.com to schedule events.