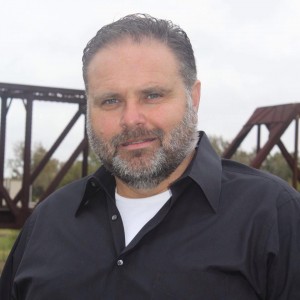 Ian McLean is a freelance writer and member of the Houston Writers Guild.  He was born in Long Beach, California and graduated from University High School in Waco, Texas.  A love of literature led him to Sam Houston State University where he played football and excelled in storytelling.  For the past twenty-five years, he has devoted his life to teaching and coaching high school and middle school athletes.  In 2010, Ian entered Legend of Shane McLean in a Houston Writers Guild writing contest and was named a finalist. He is a member of the Texas High School Coaches Association and Texas Federation of Teachers.  Ian is a husband and proud father of three.

At sixteen, Frank “Shane” McLean covets a commission in the Texas Rangers. With the shadow of civil war on the country’s doorstep, he uncovers a dark family secret. His God-fearing father Kirby is an Illuminati henchman and hired assassin for the secret society. Kirby is responsible for the death of a renegade Freemason with ties to Governor Sam Houston. A staunch Freemason and secret Illuminati, Houston hires bounty hunters who kill Kirby in front of his wife and son.

Shane begins a violent life of revenge for his father’s death and as a member of Terry’s Texas Rangers in the Civil War. The battles of Shiloh, Antietam, and Gettysburg leave him wounded and emotionally scarred, while his inner demons cry for vengeance.

Quest for Vengeance is the first in an action/adventure series detailing Shane’s lifelong pursuit to punish the men who made him a widow’s son.

Loiacono Literary Agency is not responsible for the scheduling of authors, negotiations, or fees associated with the speaking engagements. You may contact the author directly to check availability @ authorianmclean@yahoo.com .