Wally Avett is a semi-retired Realtor in the Great Smoky Mountains of North Carolina. He lives in the same little town, sometimes compared to Mayberry, where he was editor and chief writer all though the 70’s for the weekly newspaper.

“My father was a preacher,” he says. “And I grew up with good storytellers all around me, both friends and family.” He met many colorful characters over the years and they inspire and infuse his writing today.

“For me, good writing has to be based on truth. I write like an Appalachian granny makes quilts, producing fiction that is actually fashioned from bits and pieces of raw truth.”

Some of the truth, of course, comes from actual experiences. “My bear-hunting friends are appalled that I can actually write and my literary friends are shocked that I sometimes hunt bears.” 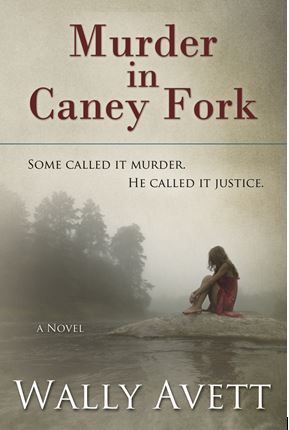 Dodging hostile gunfire with dozens of other young Marines, Wesley Ross hits a remote Pacific island as one of Carlson’s Raiders in the first commando-style attack of World War II.

Taught to shoot in the rough logging camps of the Eastern Carolina swamps, Wes remembers his lessons well. He blasts several Japanese snipers from their palm-tree hideouts with buckshot before an enemy bullet sends him home.

The Carolina home front includes a new girl-friend and a new occupation, learning to be a rural lawyer in his uncle’s law office. And learning a lot about courtroom intrigue and what goes on behind the scenes.

Frog Cutshaw is the bully storekeeper in the Caney Fork backwoods, a swaggering ex-moonshiner who is deadly with his ever­ present .45 auto pistol. Frog’s daylight rape of a married woman and the brutal killing of her husband bring on Bible Belt vigilante justice, an eye for an eye, life for a life.

Wes is caught in the middle as a participant in the killing of Frog Cutshaw. Soon one uncle is being tried for a murder he planned but did not commit and another uncle defends him, circumstances and witnesses threatening to convict the wrong man. Wes knows all too well who pulled the trigger of the 12-gauge pumpgun and fears the woman who could put him on Death Row. 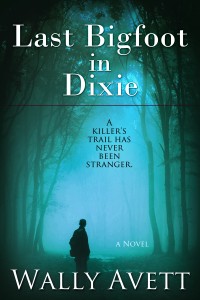 Deep in the peaceful, Smoky Mountains of North Georgia, a huge black bear kills a child in a campground and the hunt begins. Wade, an outdoors-man and backwoods columnist, is quickly deputized to find and slay the massive beast terrorizing tourists and locals alike.

A giant Cherokee, wannabe-writer whose gifts are enhanced by mushroom trances and a Minnesota Vikings horn-helmet, offers to help and proves a modern Sasquatch when he tracks the mythic, killer bear Ol’ Nathan.

But that is the least of the small town’s worries.

In their pursuit, they encounter a cannabis compound, an authentic Appalachian psychopath, an albino savant called White Willie and rumors of buried Yankee gold surface turning the quiet hamlet into a cauldron of death and fear.

Loiacono Literary Agency is not responsible for the scheduling of authors, negotiations, or fees associated with the speaking engagements. You may contact the author directly to check availability@ wallyavett@gmail.com .