Michael Callahan is an aged public golf course instructor down on his luck with a history of missteps and wasted opportunities. He encounters an old woman in a bar who asks, “If you could do it again and retain your memories, would you?” The moment he accepts, he finds himself back in his sophomore year of college, attempting to alter the course of his life. The now-calculated decisions will place him on an altogether different path with unexpected choices. 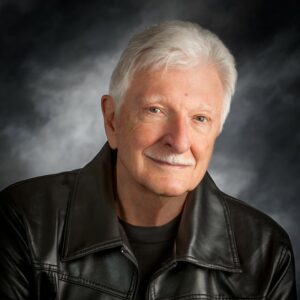 Daniel C. Lorti is the author of: The Avignon Legacy, a historical fiction account of a missing medieval treasure, Knights of Honor, the sequel to The Avignon Legacy, but not the last, The Missing F_ctor and The Business End (W&B Publishing, date pending), which embody Lorti’s professional background in an outstanding suspense thriller, and The Mulligan (available for acquisition), a parody on do-overs, his most recent completed novel. He is a member of the Historical Writers of America and Mystery Writers of America. An aerospace engineer with sensors, weapons, and intelligence background, he was the Chief Radar Engineer for the Northrop Grumman Corporation and was on President Clinton’s twenty-member committee for Trade and Investment in Northern Ireland. A former international arms broker, he conducted business in Europe, the Middle East, and Asia. During his career, he, with partners, sold a successful aerospace company to the Northrop Grumman Corporation. He currently resides in Newport Coast, California.