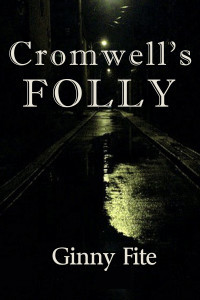 Good girls, it is commonly believed, are obsessed with bad boys. Usually, they get burned. Rarely do they get revenge…

Ben Cromwell—handsome, sexy and ruthless—keeps a stable of women; picks them up the way someone picks up a ripe peach, consumes it in a few bites and throws away the pit. This time, he chose the wrong peaches.

When Detective Sam Lagarde of the Charles Town, West Virginia State Police is called to the scene of a homicide, he instantly surmises the force he is facing is far beyond what he’s dealt with before. A head in dumpster and a pinky finger with an emerald/diamond ring attached is all he has to go by.

Doggedly following lead after lead, Lagarde stumbles upon five women who all have one thing in common…

Ginny Fite is an award-winning journalist who has covered crime, politics, government, healthcare, art and all things human. She has been a spokesperson for a governor, member of Congress, a few colleges and universities, and a robotics R&D company. She has degrees from Rutgers University and Johns Hopkins University and studied at the School for Women Healers and the Maryland Poetry Therapy Institute. She is the author of I Should Be Dead by Now, a collection of humorous lamentations about aging, three books of poetry, The Last Thousand Years, The Pearl Fisher, Throwing Caution, and a short story collection, What Goes Around.  Cromwell’s Folly, a Sam Lagarde mystery/thriller set in Charles Town, West Virginia, is her first novel. The sequel, No Good Deed Left Undone, has just been acquired by Black Opal Books and is scheduled for release in 2016. She resides in Harpers Ferry, WV. www.ginnyfite.com Amazon  B&N  Smashwords  KOBO  All Romance Books  Black Opal Books  Scribd  Google Play