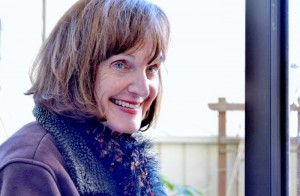 In 1849’s famine-ravaged Ireland, thirteen-year-old Mary Boland is found lying mostly dead on the side of the road to Cork Harbor, Queenstown, Ireland. She just buried her mother and baby sister after they both died of starvation. Now she is headed for Boston to find her father— no matter what.

Raped and beaten by the motley crew of The Pilgrim’s Dandy, she is rescued by a fifteen-year-old Negro slave who had been used in like manner for some time and had vowed to throw himself to the sharks that very night. Together they survive, helping others as well, the harrowing two and a half month trip. Their friendship is the key to the new world for both of them, carrying them through hardships and trials, and eventually to happiness.

A grand tale that is truer than we would like, yet spurs us to endeavor what people consider the impossible.

Charters became VP of marketing for Viacom TV, then branched-off and opened her own advertising agency, Charters Marketing. She has written for WNC Woman magazine and website. Her columns under the title, funny, isn’t it? have appeared in most issues for the past twelve years. Funny, isn’t it? (Catawba Press (now defunct), 2008) is a compilation of some of her best columns; illustrated by noted North Carolina artist, Marie Hudson, of Asheville, NC. Clothes Lines is a compilation of women’s writings from across the state and country. Charters was honored to be included by Editors Celia H. Miles and Nancy Dillingham. She is currently working on the sequel, Lace Curtain. www.jeannecharters.com  Rogue Phoenix Press www.roguephoenixpress.com Represented by Loiacono Literary Agency www.loiaconoliteraryagency.com