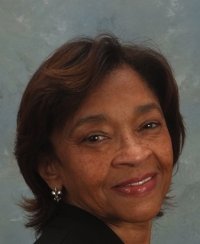 Joan and her husband live outside of Beaumont, Texas, where she continues writing, attends writer’s conferences, and enjoys entering literary contests.