Open Road Publishing has released Thomas E. Simmons’ The Quinn Saga – By Accident of Birth, The Last Quinn Standing, and No Promise for Tomorrow.

By Accident of Birth 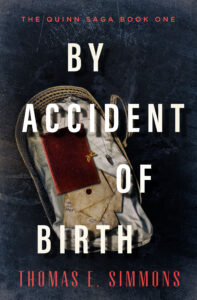 From the Civil War to the Cuban independence movement to WWI, this historical epic follows the incredible life of a woman tragically bound to bloodshed. War brings about many strange events, but none stranger than the bullet that impregnated sixteen-year-old Annielise Quinn at the Battle of Vicksburg in 1863. After passing through the groin of a Confederate soldier, the bullet lodged itself in her pelvis. Such was the portentous beginning of Beverly Bethany Quinn, the “bullet baby” whose life was fated never to escape the perils of war. By 1915, Bethany thinks she has finally found peace, until a call from the British Crown brings a shocking revelation. To aid the Allies in the Great War overseas, England would like to purchase a cache of rifles owned by her family’s sugar mill in Cuba—a cache that Bethany never knew existed. Years ago, Bethany and her uncle Jonathan supplied guns to the Cuban rebels against Spain. Has her uncle doomed her from beyond the grave to take part in slaughter once again? In preparation for the journey of her “special cargo,” Bethany sits down with her mother’s old diary, returning to that fateful day in 1863, and unfolding an epic journey of war, survival, love, and betrayal spanning decades and nations. Read Less 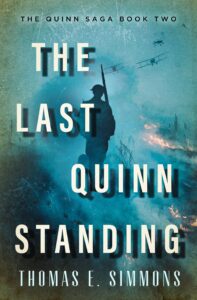 A young man journeys from rural Mississippi to the battlefields of WWI to discover his family’s bloody legacy in this sequel to By Accident of Birth. On May 7, 1915, the passenger ship RMS Lusitania was sunk by a German U-Boat. Among the many casualties was Beverly Bethany Quinn, an American woman whose entire life was marked by the forces of bloodshed. For Ansel Quinn, the single event holds a grim double meaning. With his beloved aunt gone, he is the last of his family line. And now his country is on the brink of joining the war overseas. When Ansel discovers his Aunt Bethany’s diary, the shocking revelations within set him on an epic quest for family honor and self-discovery. President Wilson had vowed to keep America out of another war. Ansel had sworn to serve his country. Fate’s cards trumped them all. From the American South to the trenches of Verdun, nothing will ever be the same again. Read Less

No Promise for Tomorrow

In the third volume of the Quinn family saga, Ansel Quinn is caught in an international scandal with reverberations across two world wars. In 1916, the world waits with bated breath to see if the United States will enter the Great War raging in Europe. Meanwhile, President Wilson campaigns for reelection on his record of keeping America out of the fray. Caught in the middle is Maj. Ansel Quinn of Mississippi, assigned to the French army headquarters in Paris as a neutral observer. At home, Ansel’s wife, Isabel, has been left to manage the family’s cotton plantation in Mississippi as well as their sugar plantation in Cuba. It is a trial to be without her husband, but only the beginning of the hardships she will face. When Ansel is wounded on the frontlines of the Somme—far from where any neutral observer should be—it sets off international intrigue that could change the course of history. In No Promise for Tomorrow, the Quinn family struggles across the decades between World War I and World War II—a period that includes the influenza epidemic, the Roaring Twenties, prohibition, and the Great Depression. Read Less 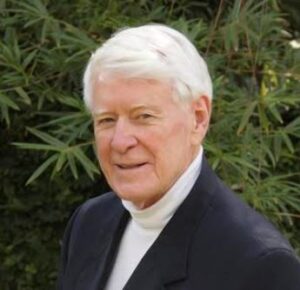 Simmons grew up in Gulfport, Mississippi, attended Marion Military Institute, the U. S. Naval Academy, the University of Southern Mississippi, and the University of Alabama. Tom was once the commercial captain of a seventy-foot sailing vessel, has been a pilot since the age of sixteen, (3000 plus hours in the air), has flown professionally, and participated in air shows flying aerobatics in open-cockpit bi-planes. In the late 1950s, he served as an artillery officer in Korea. He is the author of The Man Called Brown Condor, Forgotten Heroes of World War II: Personal Accounts of Ordinary Soldiers Land, Sea and Air, Escape from Archangel, By Accident of Birth, The Last Quinn Standing, and No Promise for Tomorrow. He has also written numerous magazine articles, an example of which, “Growing Up with Mr. Faulkner,” was published in The Oxford American, a literary magazine founded by John Grisham. He is represented by Loiacono Literary Agency.