A deeply moving story with an unforgettable heroine By S.C. Potter

As One Must, One Can (The Havah Gitterman Saga Book 3) 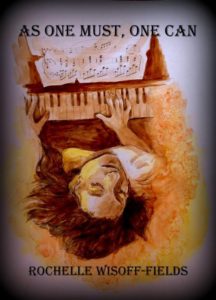 After reading the first two 5-star books in The Havah Gitterman Saga, I thought that Rochelle’s Wisoff-Field’s writing couldn’t get any better, but As One Must, One Can is her crowning achievement.

Until I read the first novel in the saga, set at the end of the 19th century, I’d no idea about the persecution and wholesale slaughter of Jews in Czarist Russia at the hands of so-called Christians who accused them of being “Christ killers”; and yet, it seems that what came later in World War 2, has overshadowed all earlier atrocities and genocide committed against Jewish people.

Whilst reading As One Must, One Can, I kept thinking, here’s Havah settled in the US with those of her family and friends who have survived the horrors of the pogrom in Russia, and yet the prejudice towards Jewish people still exists in the Land of the Free and is clearly demonstrated in certain quarters; a violence bubbling beneath the surface, waiting to erupt. In fact, the author does a masterful bit of foreshadowing, which I’ll not reveal in this review, as it would be a spoiler, but it left me thinking, is this saga going to end with this novel, or is it going to march onwards into both of the Great Wars? In some ways, it is best left, lest it breaks my heart. I say this, because it’s impossible not to feel a deep fondness for Havah, her family, and her friends, warts and all. They are such real people, their emotions laid bare for the reader to see. I also say this, because music is one of the themes in Book 3, as one of the characters is a child musical prodigy (no spoilers here), and I kept thinking of all those talented musicians who had their lives needlessly snuffed out in the gas chambers a few decades later.

In summary, you need to read the books of this saga in order to gain the most from your experience. Yes, As One Must, One Can could be a standalone novel, with its non-intrusive backstory, but there’s a huge cast of characters whose names are a challenge to assimilate and recall at speed. It is the nature of any epic work: that you need to concentrate. It is with huge skill that Rochelle Wisoff-Fields manages to keep control of all those threads and weave them into something so complex on one level, yet so full of fine detail on the other. A brilliant achievement. 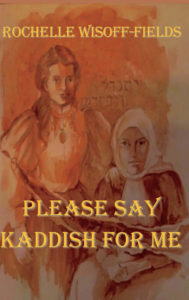 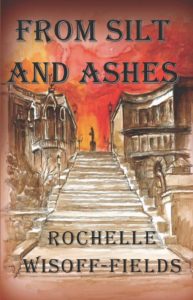 Book one and two…